Whites Potato Farm near Vanessa, Ont. produces potatoes for the very early market. Their potato season starts in late June with the first dug potatoes. As of July 8, the potato crop was topkilled two weeks prior and the potatoes were not skinning.

“The Envols that I saw in the cartons and bagged were of excellent quality and even set,” Banks says. The early variety has a thin skin, and therefore a shorter shelf life, but makes up for it in flavour. 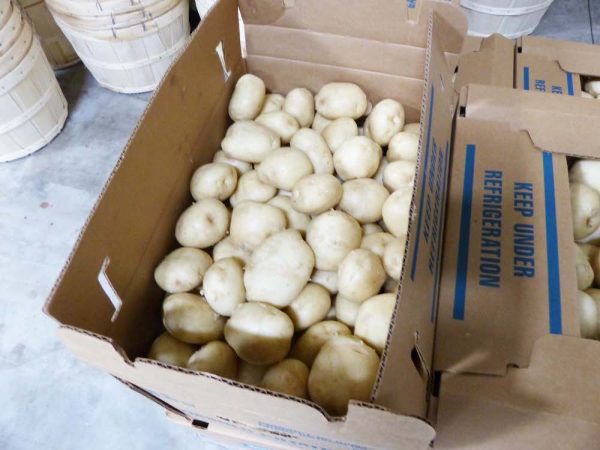 At Joe Lach’s farm in Delhi, Ont., where he also targets the early carton market, Lach expects to have newly dug potatoes by July 18.

The Simcoe-Delhi area has experienced timely, moderate rains. In Banks’ previous potato update from July 4, the plants in the area were reported as healthy with no indication of stress. 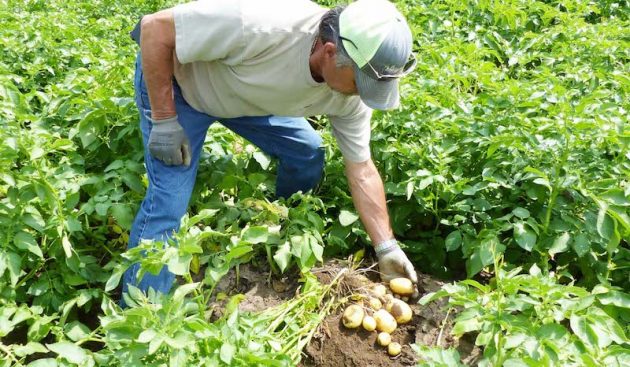 Last year in 2018, the hot dry season had fresh market growers in southwestern Ontario commenting that early planting yields were low and disappointing. This year there’s been significantly more rain and dig tests across the province have shown excellent quality.

The hot weather has been helping keep late blight in check and so far, all of the Ontario spore traps have reported no detection of late blight spores. Banks says high temperatures and high UV index do not favour late blight development.

Even though late blight is not an immediate threat, growers have several other pests to watch out for such as Colorado potato beetle, European born borer, and black cutworm. Ontario’s late corn season could see rise in the risk for European corn borer because the potatoes are the next preferred host when corn is planted late.