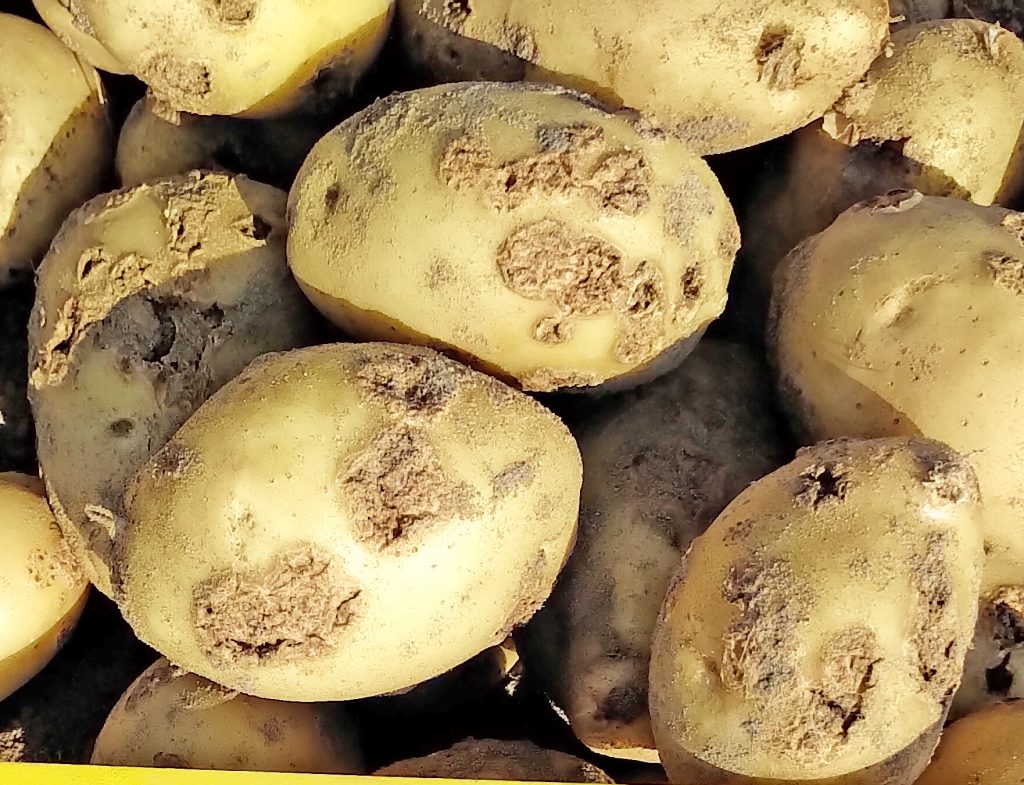 There is a higher than usual incidence of common scabs due to the hot, dry weather in Ontario. Photo courtesy of Eugenia Banks.

Ontario’s potato harvest was progressing well, but had to stop over the past few days as temperatures rose above optimal harvest levels, according to Ontario’s potato specialist Eugenia Banks’ latest update.

“To keep a healthy crop in storage, pulp tuber temperature should not be above 18 C when trucks arrive to storages,” Banks explains. The temperatures in Alliston, Ont, one of the potato growing regions in the province, have hovered around the mid-20s (C) over the past couple days.

Mark Van Oostrum with WD Potato Ltd. told Banks he estimated that about 40 per cent of the chip stock is now harvested. Banks added that according to Joe Lach of Fancy Pak Brand Inc, potato farmers in the Simcoe – Delhi area should be done digging by Thanksgiving (October 12). According to Lach, there are a lot of odd-shaped potatoes and internal problems in the late crop. Grade out is high too. This is the result of a hot, dry summer, or as Lach put it “the wrath of nature.” 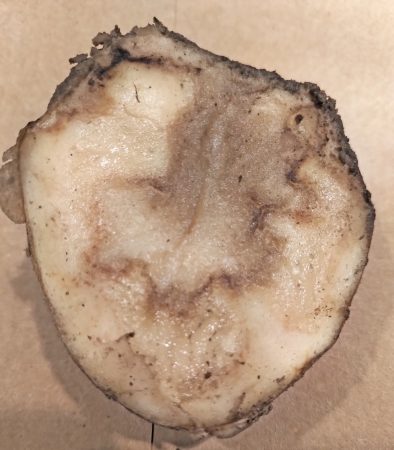 Blackleg starting to appear on a potato. Photo courtesy of Eugenia Banks.

Banks observed her own share of problems at harvest, including: 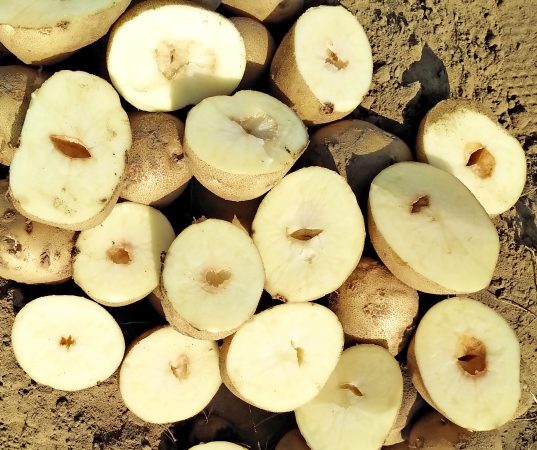 About 65 per cent of Banks’ medium and oversized tubers within her variety trial crop were affected by hallow heart. Photo courtesy of Eugenia Banks.

She refers Ontario growers to her checklist for a success potato harvest and emphasizes that harvest management is, in large part, bruise management.

In addition to a harvest resource, Banks collaborated with Mark VanOostrum to write an article on managing important storage diseases.