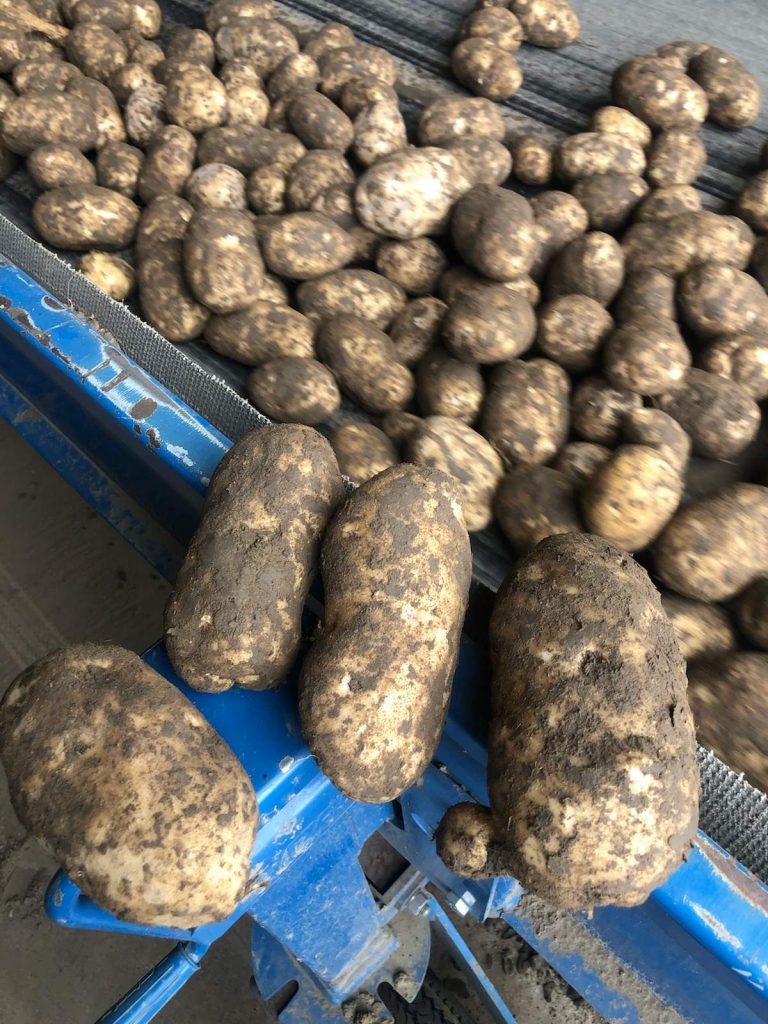 In Ontario, round varieties for both the fresh and processing markets have produced a small number of long tubers. Photo courtesy of Eugenia Banks.

In Ontario, round varieties for both the fresh and processing markets have produced a small number of long tubers, according to Ontario potato specialist Eugenia Banks’ October 5 update.

In late September, Ontario’s potato harvest was progressing well, but had to stop for a few days as temperatures rose above optimal harvest levels.

Banks consulted retired potato breeder Hielke de Jong about the long tubers. He said, “My [unproven] hypothesis is that different varieties respond to heat stress in different ways. Some may produce bottle shaped tubers whereas others may produce long(er) tubers.”

Heat-related stresses were not uncommon for Ontario growers throughout the season, with high incidences of second growth and misshaped tubers recorded. A heat wave earlier in the summer disrupted the physiology of potato plants, resulting in knobs, sprouts and off-shaped tubers.

According to Mark VanOostrum in the October 5 update, about 70 per cent of the Ontario processing crop has been harvested. Yields are better than expected, but there were areas in fields that received heavy rainfall in August that were not dug at the time of the update.

Tupling Farms was buzzing with the harvest of Pomerelle Russet. Photo courtesy of Eugenia Banks.

Banks visited Tupling Farms, which was abuzz with the harvest of Pomerelle Russet. Banks cut a few of the largest tubers and did not find any hollow heart, attributing the good result to the farm’s 4.5 per cent soil organic matter.