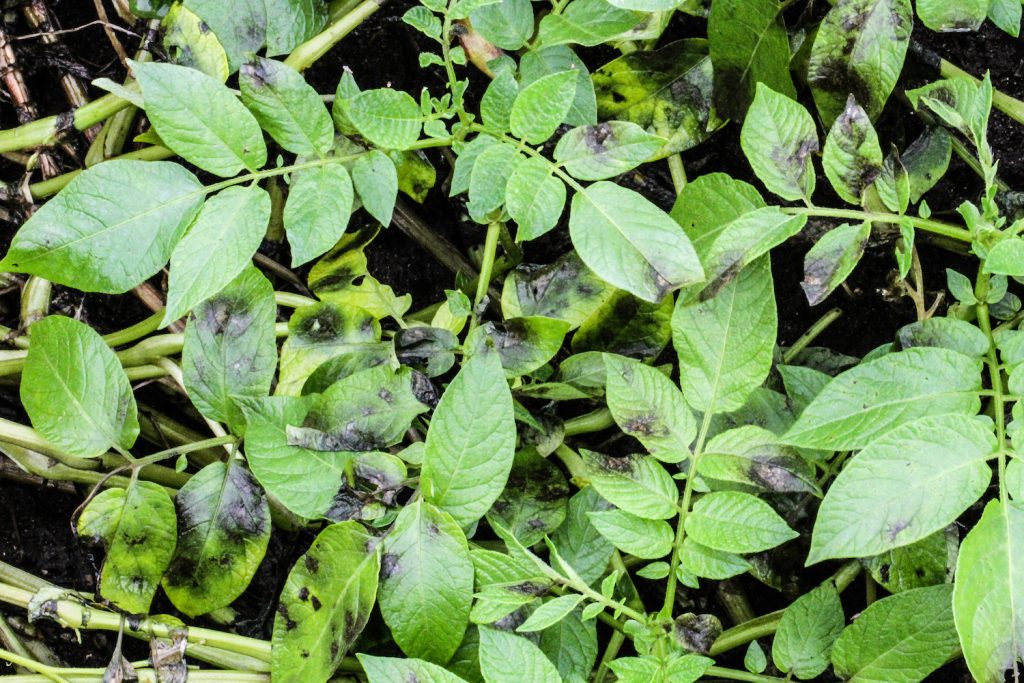 Late blight spore traps set up in southern Ontario did not catch any late blight spores, according to Eugenia Banks’ latest potato update on August 11.

The spore traps are located in the Alliston, Melancthon and Primrose areas.

It is the fourth year spore traps have been set up in potato fields across Ontario to help detect spores of late blight.

Spore traps are low-technology devices that sit in a field and collect disease spores from the air and water. The collected filters are sent to A&L Laboratories for bi-weekly analysis to assess disease risk. The results are shared with growers and early detection of late blight potential helps alert growers to add late blight fungicide into their mix.

In an earlier update, Banks stated that British Columbia is the only province that has seen late blight outbreaks this season.

“Late blight was found in Delta last week, and in Surrey and Delta this week. The disease is active, meaning that mycelium growth is present, and spores can spread the disease within the field and to other fields,” the July 24 update from B.C. read. The report also noted that early blight incidence is low.

In Alberta, growers are intensely managing their late blight preventative programs. The rise in concern is based on spore trap results from mid-June that detected the presence of late blight spores.

The latest model of the spore traps installed across fields in Ontario to help detect spores of late blight. Photo courtesy of Eugenia Banks.

In the United States, on August 10, late blight was confirmed on a potato field in Adams County, Wisconsin. The lesions, on leaves and stems, were found on very few plants in one isolated area. The pathogen was producing spores within the infected tissues.

A University of Wisconsin plant pathologist estimated that the infection is less than one week old.

Potato specialist Eugenia Banks explains that pop up storms and very high humidity under favorable temperatures will promote late blight. In the potato-growing areas of Ontario, moisture has been extremely low in the past week. However, recently the weather has been more favourable for the development of late blight.

“Removal or killing of infected plants (hot spot), and application of antisporulant fungicides in an infected field, and in fields surrounding is the best course of action to limit spore production, survival, and success in creating new infections,” Banks explains.

Elsewhere, the latest late blight outbreak was on tomatoes in Buncombe County, North Carolina, according to NC State Extension’s plant update. The strain was identified as US-23, the “tomato strain.”

The pathogen strain US-23 used to be the newest strain, and it’s now the most common strain across 90 per cent of Canada and the United States. Prior to US-23, the strain US-8 dominated much of the potato production across Canada. In early 2019, researchers discovered that one of the biggest reasons US-23 is now dominant is its preference for tomatoes in backyard gardens.

The resurgence of US-23 has resulted in the potato industry taking more proactive efforts. In 2020, P.E.I.’s Department of Agriculture re-started an education campaign to make sure gardeners understand the importance of growing blight-resistant varieties of tomatoes this spring. In 2015, there was a similar education campaign after the US-23 strain of late blight devastated tomato crops the summer before.

The U.S. report of the Florida find indicated that US-23 is susceptible to fungicides with the active ingredient mefenoxam, which is found in the commonly used product Ridomil Gold.