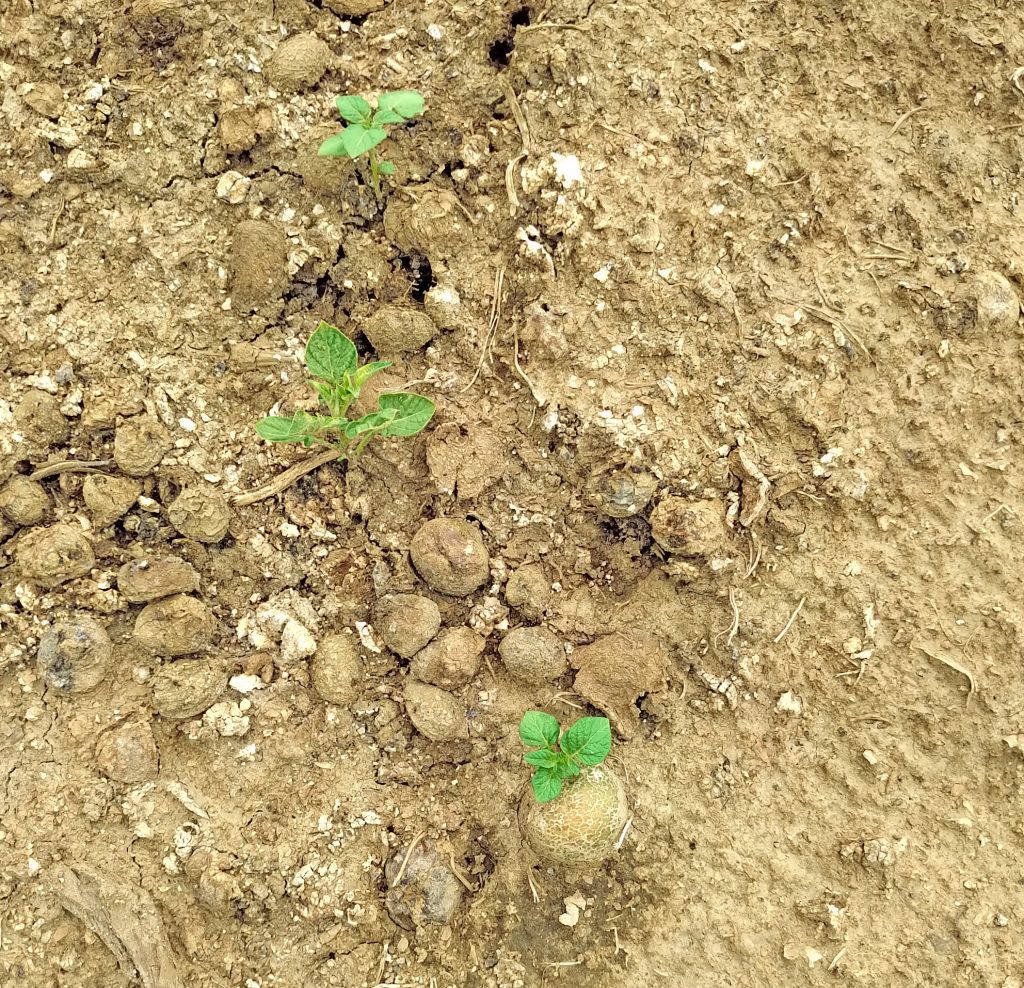 Cull piles and rock piles are a late blight risk all season long and should be monitored continuously. Photo courtesy of Eugenia Banks.

Potato fields across Prince Edward Island are at or near row closure and there is “generally excellent” crop development, according to P.E.I.’s potato pest update.

Lorraine MacKinnon, potato industry coordinator with the province’s Agriculture and Land ministry, compiles the pest update on a weekly basis for Island growers. The update combines information from a variety of sources to provide growers and field staff with general pest levels, but growers are encouraged to make decisions “specific to their own fields” instead of solely rely on the update to make decisions.

The July 16 weekly update reports the weed control has been a challenge and some herbicide injury has been noticed in potato fields.

European Corn Borer (ECB) egg masses have been found in West Prince and areas just east of Charlottetown. MacKinnon reminds growers that the threshold for ECB is cumulative for the season; so if you found two egg masses per ten plants last week and one per ten plants this week then you are at three. Some tarnished plant bugs were found, but damage is not as bad as other years.

Lab results from PEI Analytical Laboratories have identified the following diseases across plant samples sent in, including: bacterial blackleg, brown spot, fusarium, and calico virus. Samples sent in due to poor emergence identified issues such as fusarium, physiologically aged seed, blind sets, bacterial rot and multiple sprouts. Suspect plant samples can be sent to the lab at any time alongside a PEI Analytical Laboratories submission form.

Hot, dry weather in June left crop in need of moisture but the Island has received some rain since then. As of July 15, according to the update, no volunteer weather stations on P.E.I. reported greater than 1.5 millimetres (mm) of rain. Overall there has been variable rainfall across the Island.

The following parts of P.E.I. are predicted to have medium levels of risk for late blight:

“Keep an eye on rock piles and cull piles,” Banks encourages. “Cull piles and rock piles are a late blight risk all season long, and they should be monitored continuously.”

“Cull piles and rock piles are a late blight risk all season long, and they should be monitored continuously.”

In P.E.I., spore trapping services have detected early blight spores in several areas across Prince County, but not east of Pownal. Botrytis spores have also been detected in several locations around the Island.

ICYMI: Growers and scouts can now download three scouting resources that will help them know when and what to scout for in potato fields.