June 24, 2021  By Potatoes in Canada; Eugenia Banks, Ontario Potato Board 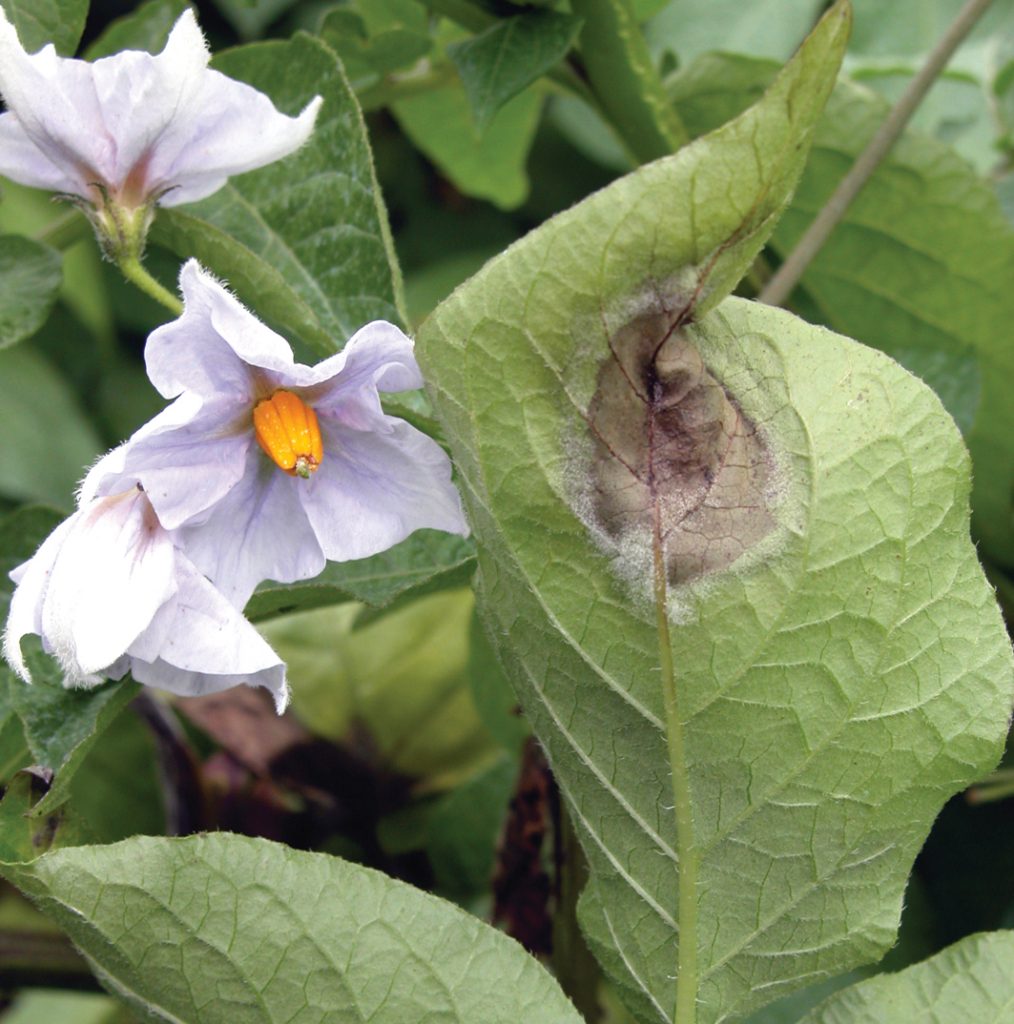 Eugenia Banks of the Ontario Potato Board has created a resource on late blight, updated for the 2021 growing season. The start of this week saw some much-needed rainfall, and the next few days will see a great deal more moisture, which means conditions are ripe for late blight. As Banks says, a rapidly expanding canopy provides more foliage for spores to land and initiate infections when blown in by the wind that accompanies storms.

The 2021 Summer Checklist for Late Blight has been included below, courtesy of Banks.

Start your scouting program before the crop emerges. This will allow scouts to become familiar with field characteristics, such as low spots and changes in soil texture.

Risky areas that should always be monitored are:

Make sure there are no cull piles in your farm

Late blight is a community disease. A single cull pile can cause an epidemic with serious economic losses for many growers. Monitor sites where cull potatoes were buried and eliminate any volunteer potatoes.

Be aware of home gardens with alternate hosts near your fields

Tomatoes, peppers, eggplants and some petunia spp. are hosts of late blight. Explain to your neighbours that late blight can spread easily from gardens to commercial fields, causing serious economic losses. Plants infected with late blight in home gardens should be destroyed immediately after symptoms are visible.

New growth is a good target for late blight, especially the growing point where water persists for longer periods after a rain.

Calibrate your sprayer and use a volume of water that will ensure even coverage of the canopy.

Volunteer potato plants are common where trash or snow keeps the soil from freezing. Use labeled broadleaf herbicides where possible to suppress the growth of volunteer potatoes in cereal crops.

If late blight is found in a localized spot, destroy all diseased plants plus a six-foot border of surrounding plants. Pull and bag the diseased plants, spray them with an herbicide, or disc the area. If you decide to disc the hot spot, spray the crop with a fungicide before doing it to avoid spreading spores on farm equipment while driving out of the field. Pressure wash the equipment when finished.

Keep scouting fields regularly – at least twice a week. By mid-summer, rows are closed and the lower part of the plants remains wet for longer periods after rain. This allows late blight sporangia to germinate and start infections. Check plants at random in risky areas and examine the base of the stems for late blight. Pay particular attention when scouting after cool, rainy periods.

Hairy nightshade is a host of late blight. This weed is becoming more common in Ontario and may be found growing at the edges of potato fields. Infected nightshades spread sporangia to neighbouring potato fields. Destroy this weed wherever you find it.

Avoid pivot overlaps and do not irrigate when there is dew on the crop. Try to irrigate when leaves will dry quickly (in less than eight hours). This would be early in the morning so that the foliage can dry quickly during the day.

Optimize spray equipment. Use adequate water volume and pressure to get even coverage on the canopy. Place sticky paper disks sensitive to pH in the canopy to evaluate spray coverage in the field.

Hose down farm equipment after leaving an infested field

If late blight is found in a localized spot in a field, top-kill the spot plus a six-foot border of surrounding plants. Surrounding plants may have no symptoms but may be infected. It takes at least three to four days for symptoms to become visible after infection.

Attention should be given to scouting after cool, rainy weather. This is particularly important to detect infections late in the season that can result in tuber rot.

Rain washes sporangia through cracks in the soil into the tuber zone. If heavy rain is forecast, consider top-killing infected fields before it rains to reduce the risk of tuber infection.

Seal soil cracks with a roller

This practice is very effective to reduce tuber infection before harvest. 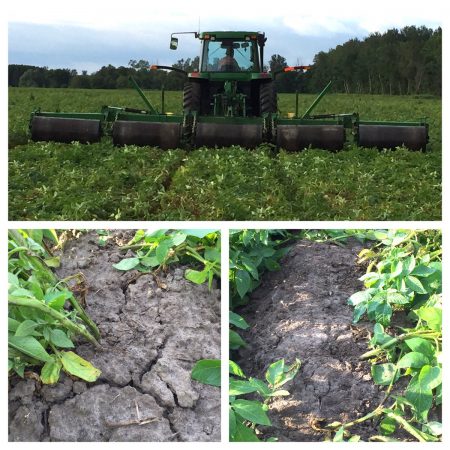 Nick Ploeg of Sunrise Potato in Alliston, Ont., using a roller to seal soil cracks. According to Neil Gudmestad, retired professor formerly with North Dakota State University, the roller should be used before the Reglone application.

Do test digs to check for tuber infection

Map the areas where you found infected tubers; it is advisable not to harvest areas where tubers are infected.

The vines should be completely dead before digging to reduce the risk of tuber infection. Infected green vines may be releasing late blight sporangia that can infect tubers at harvest. Tank mix Reglone with a copper fungicide to kill sporangia produced on infected tissue not killed by the desiccant.

Remember: An ounce of prevention is worth a pound of cure!