Orondis Potato Gold has been registered as an in-furrow treatment at planting for pink rot and Pythium leak or as a foliar application to control late blight. It’s one or the other, not both. So, what’s the best choice? 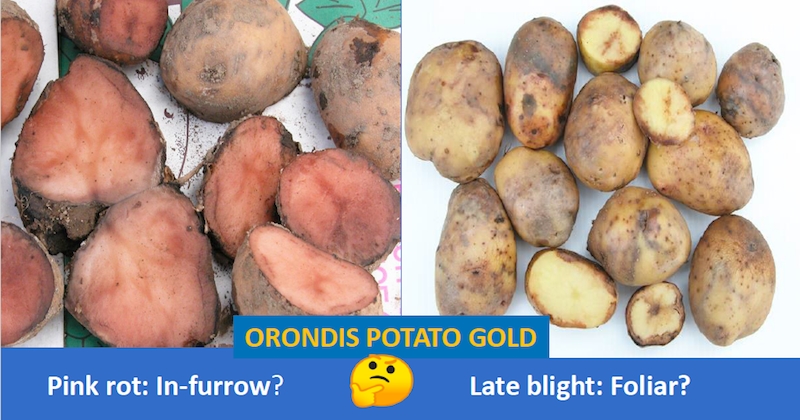 In 2017, which was a wet year, potato growers who used Orondis Potato Gold for late blight were pleased with the fungicide’s performance, according to Ontario potato specialist Eugenia Banks. This year, potato growers can continue using the fungicide for late blight during the season, as long as it hasn’t been applied in-furrow at planting for pink rot control. This is a resistance management strategy to keep single-site fungicides like Orondis effective for an extended period of time, according to Banks.

There are several factors that should be considered when deciding the application timing of Orondis. Banks shares her top five tips that growers should keep in mind when making a decision on application timing.

“Potato growers know their fields and varieties very well; common sense allows them to make the right decisions. Thus, the final decision will be up to them,” Banks says.

Banks also consulted researchers to see if an Orondis fungicide application in the middle of May will still be active in September, when pink rot is most likely to develop.