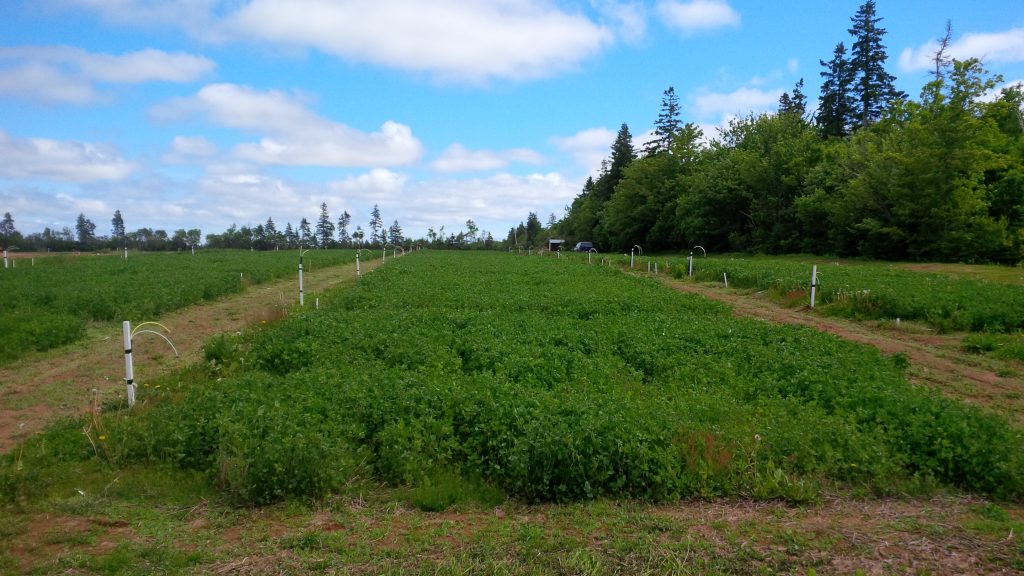 Red clover is planted and then plowed into soil in the fall prior to potatoes being planted, becoming a source of nitrogen and acting as a natural fertilizer that helps potato plant growth.

“However, without adequately accounting for the nitrogen from the clover, farmers can over-apply synthetic fertilizer to potatoes if they follow the recommended P.E.I. provincial guidelines (17 kg N/ha),” Jiang explains.

This excess nitrogen can enter groundwater, streams and estuaries in the form of nitrates which can affect water quality. Excess fertilizer can also suppress potato yield.

Jiang discovered that planting soybean in the rotation instead of red clover improved nitrogen usage efficiency by as much as 1.6 times and increased the potato yield by 13.4 per cent.

“Soybean can create a better economic return for farmers in the short term, but it can reduce soil organic matter over the long term,” Jiang says.

To improve soil organic matter, Jiang recommends that farmers considering adding soybean to their rotation should plant a high residue crop, such as sorghum-sudan grass, as a companion crop.

“To preserve groundwater quality, farmers should take into account the added nitrogen put into the soil from the plowed-down red clover before fertilizing for potatoes, or replace red clover with non-leguminous plants in their rotation.”
– Yefang Jiang, research scientist, Agriculture and Agri-Food Canada 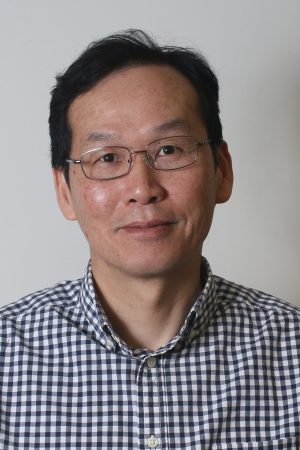