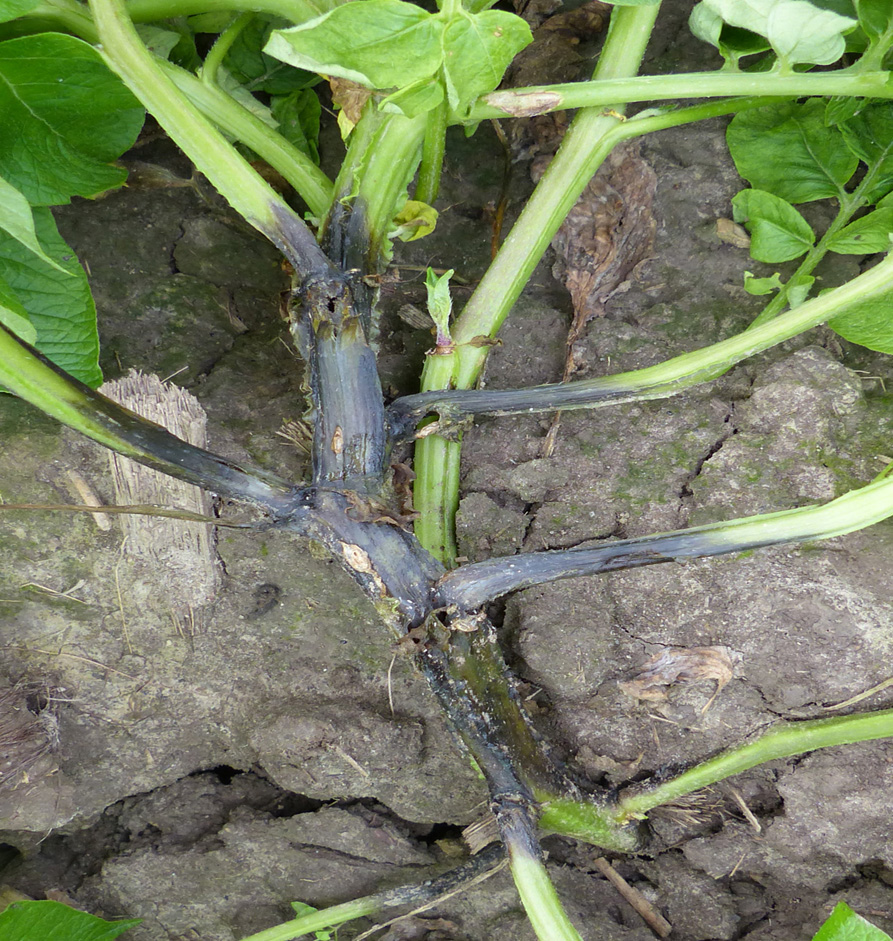 There has been “incredibly” spotty rainfall over the past three to four days across Prince Edward Island, doing little to quell concerns of farmers enduring a very dry growing season.

Some places have gotten big rainfalls, while others have gotten next to nothing, according to P.E.I. Potato Board’s August 18 agronomy update.

Ryan Barrett, research and agronomy coordinator with the P.E.I. Potato Board, shares a taste of that variability from weather stations across the province. Barrett writes that the majority of locations have gotten approximately five millimetres (mm) of rain from August 1 to 18, with some outliers.

On August 7, CBC’s meteorologist Jay Scotland says spring and summer have been very dry, especially in western P.E.I. In some cases, according to Scotland, rainfall has been just 20 per cent of what’s normal. If the dry weather persists, potatoes will end up being smaller-than-average in size and can develop quality issues like scab or physiological defects linked to dry weather.

“Farmers are undoubtedly feeling the stress of the drought more acutely than anyone. I sincerely hope that your potato fields are able to hang on just a little bit longer to hopefully catch some rain later this week. For those that did get some rainfall on the weekend, I hope that the fields are still in a position to use that moisture. As noted last week, please feel free to reach out to me if you just want to chat, but take advantage of the Farmer Assistance Program if you feel like you need to talk to a mental health professional,” Barrett writes in his agronomy update.

“Farmers are undoubtedly feeling the stress of the drought more acutely than anyone. I sincerely hope that your potato fields are able to hang on just a little bit longer to hopefully catch some rain later this week. For those that did get some rainfall on the weekend, I hope that the fields are still in a position to use that moisture.”

Barrett shares that it’s been a bad year for weeds on the Island. The dry weather at and after planting meant that many of the pre-emerge herbicides were not very effective. This has resulted in a particularly large number of broadleaf weeds surviving and thriving this growing season.

As of August 18, no late blight spores have been detected in P.E.I., New Brunswick, or Maine. Barrett says the weather has not been conducive to late blight infection for most of this summer and the forecast looks to be dry until the weekend.

In Alberta, growers are intensely managing their late blight preventative programs. The rise in concern is based on spore trap results from mid-June that detected the presence of late blight spores.

Across Canada, British Columbia is the only province that has seen late blight outbreaks this season.

In the United States, late blight was confirmed in Wisconsin and North Carolina.

On the watch for other diseases

For Island growers, Barrett says early blight spore counts have also fallen noticeably in the last week or so.

“Test results from yesterday (August 17) showed zero early blight spores at all but two sites (both in West Prince), and those were at the lowest detectable number (four spores). Growers have been doing a great job managing their fungicide programs for Alternaria, and I’ve seen very little early blight or brown spot when walking fields the last few weeks,” Barrett writes.

Barrett says there are a few grey mold (Bortrytis) spore counts this week, but that the dry weather does not produce prime conditions for the spread of Bortrytis. However, he is seeing more evidence of blackleg symptoms in fields. During harvest time, Barrett suggests digging acres that have signs of blackleg last so that they do not cause storage losses.

In addition, Barrett notes that they’re seeing changes in the strains that are causing blackleg which favour later season infections. He encourages growers to keep up with full season scouting.