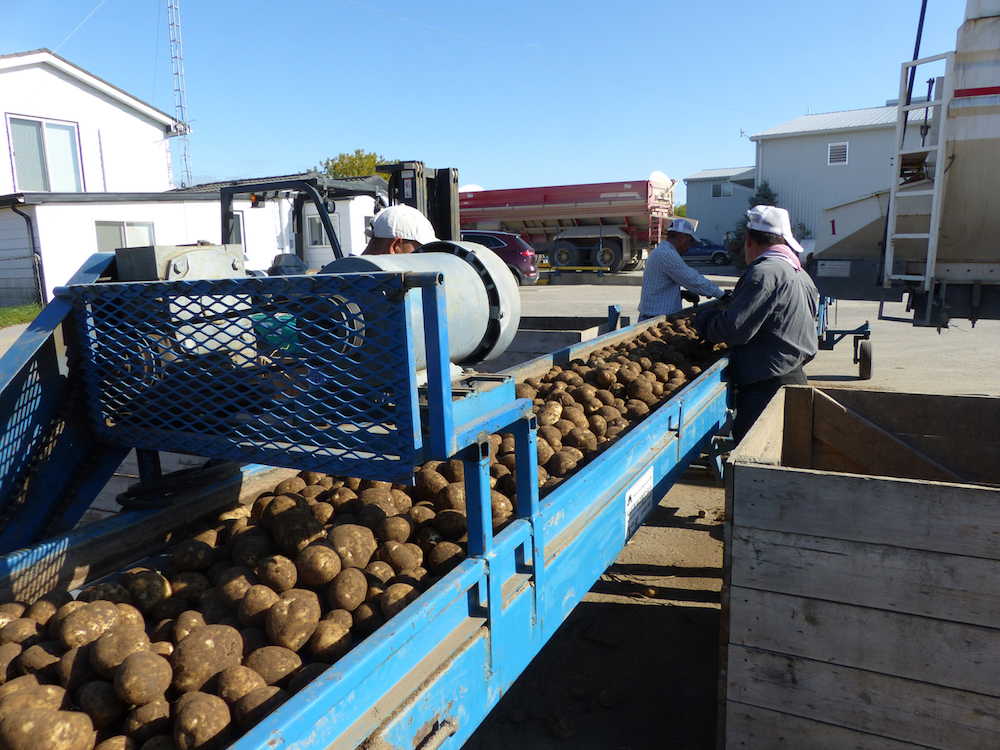 The harvest of large volumes of the 2019 storage crop started in mid-September. By the end of September, the Alliston, Ont. area “was buzzing with diggers and windrowers in action,” Banks said. By October 11, about 80 per cent of the chipping crop had been dug.

Banks, who is based in Ontario, did a quick and informal assessment on this year’s crop quality. The Lamokas being stored at HJ VanderZaag Farms and the potatoes at WD Potatoes were “very good.”

“In general, the size profile is better than expected,” Banks said. “I did not see any tuber health issues which is good news.” The good news comes after Ontario experienced a very wet spring and dry summer. However, some non-irrigated fields that received below-average rainfall in the summer months within in the Alliston area were reporting poorer crops.

This contrasts Norfolk County which had above-average rainfall in the summer months. On October 11, Joe Lach, a Norfolk grower, remarked that “yields have been very good along with quality. We are having a record year. All the growers in the Simcoe-Delhi area are close to finishing, some this coming week and others in the next week.” 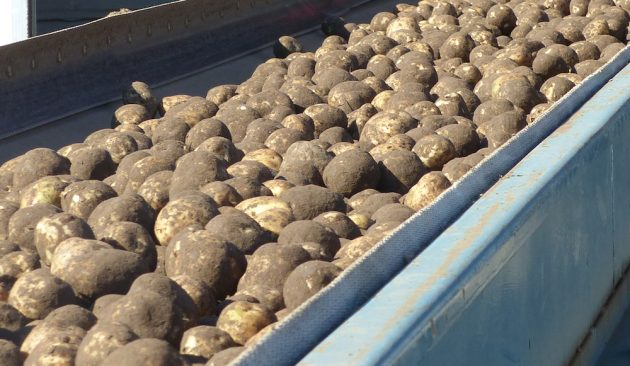 In general, the size profile of Ontario’s potato harvest is better than expected after a wet spring and dry summer.

Banks conducted a dig test for the on-farm variety trial at Tupling’s Farms in Shelburne, Ont. for potatoes that were planted on June 21. “The quality and size was remarkable,” Banks said, despite the fact that the Shelburne area did not get much rain for two months. Banks noted that the grower’s efforts to keep the soil organic matter above 4.3 per cent “paid off” in the dry year Shelburne had in 2019.

In terms of variety performance, all the varieties performed well. The variety Alliston, grown within the trials, performed so well it was suggested that the variety be renamed to Honeywood. Two varieties, AAC Odyssey and AAC Blue Sapphire, provided by Wellington County’s Smoyd Farms also performed very well. Banks noted that Rochdale Gold Dorée, also provided by Smoyd Farms, was “outstanding” because metribuzin was not applied either pre- or post-emergence. Metribuzin is a popular Group 5 herbicide that could be losing its effectiveness as weed resistance to the herbicide grows. 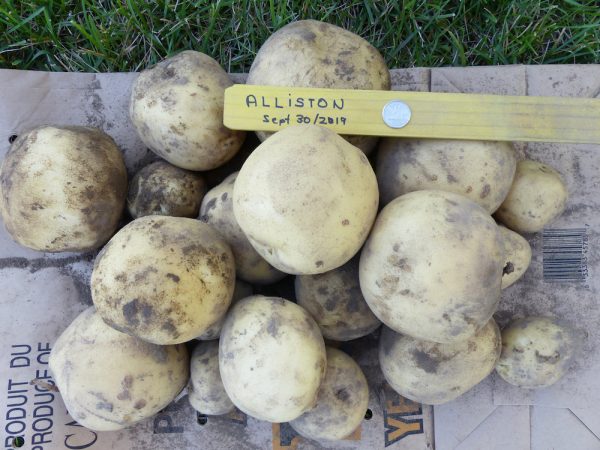 The potato variety Alliston performed so well that someone suggested changing its name to “Honeywood.”

Among the russet varieties, Banks said LaBelle Russet which had no hollow heart was a favourite. The chipping variety Niagara, now called Lady Liberty, also looked impressive. Banks said Mark VanOostrum, a local grower will fry a sample to see if it holds up well. “High yield means nothing if the variety doesn’t fry,” she added.