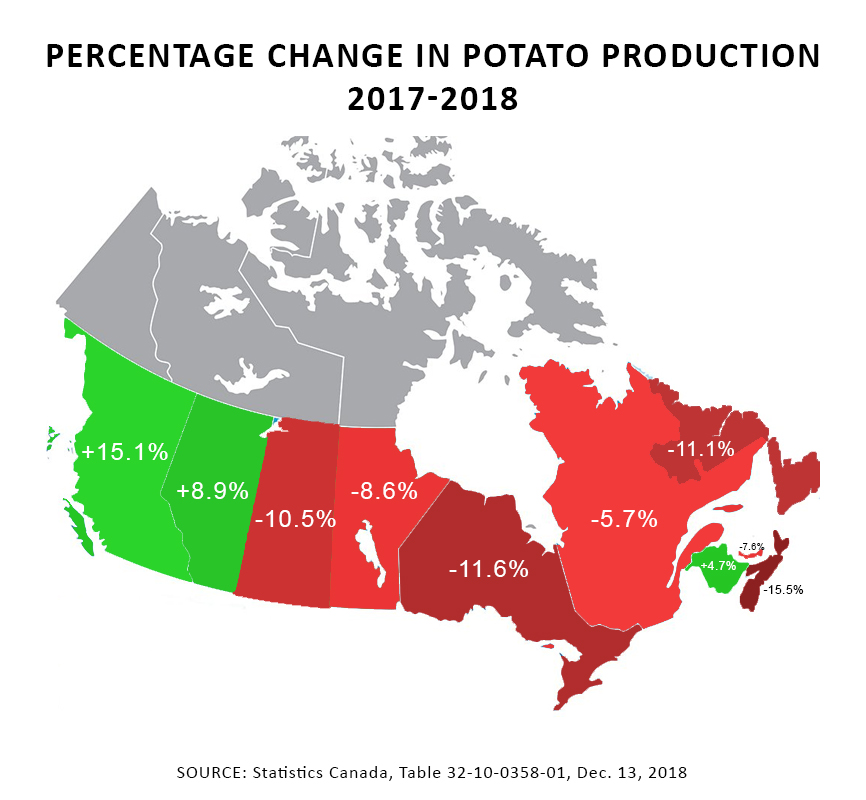 Overall potato production in Canada dropped by 2.6 per cent, according to the latest estimate from the United Potato Growers of Canada (UPG).

Despite an increase in seeded area for potatoes, the large amount of unharvested and abandoned acres due to a difficult harvest has resulted in less potato production. Only 332,652 acres of potatoes were harvested – the lowest harvested area reported in the last decade.

Canadian yields appear strong, reporting at 312cwt./acre, which is the same as last year. However, UPG says the yield data has less significance this year because it is calculated on harvested acres and not planted acreage. With less harvested acres, the yield calculation does not provide the full picture.

Given the late harvest in the country and the amount of acres left in the field, it was difficult for Statistics Canada to gather the appropriate information from growers at a normal time. The potato industry requested a delay into mid-December to allow growers more time to respond. The United Potato Growers of Canada states that their estimate is only preliminary and will be updated in January to accommodate final adjustments.