Research studies show that nurse crops can help potatoes get off to a good start and also provide benefits throughout the growing season. 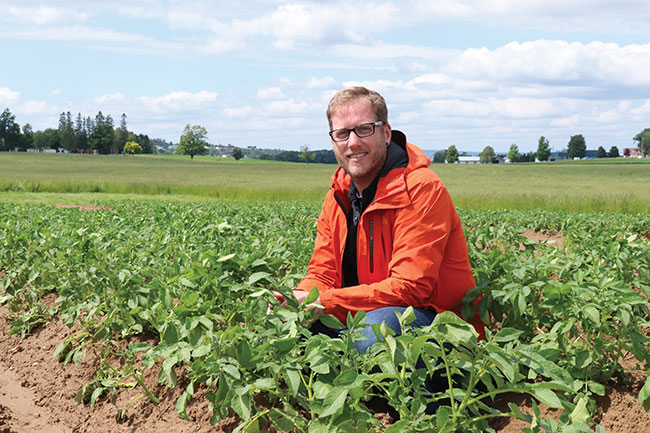 Cover crops are known to help prevent soil erosion and boost organic matter in potato fields when planted in the fall after harvest. Now, scientists at Agriculture and Agri-Food Canada (AAFC) are looking in the question of whether nurse crops – fast-growing companion plants that are planted a day or so before the potato seed and then terminated just prior to seedling emergence – can provide similar benefits.

Sheldon Hann, a biologist at the Fredericton Research and Development Centre (FRDC) in New Brunswick, has been analyzing data from two AAFC studies that assessed the value of field pea, winter rye and spring barley as nurse crops in potato production.

Among the research findings were indications that the nurse crops helped to keep weeds at bay and also prevented soil erosion in the crucial first few weeks before the potato shoots emerged. Another benefit was that when tilled into the soil during hilling, the nurse crops provided an important nutrient source in the form of green compost and also helped to retain moisture in the potato hills throughout the growing season.

“It also has the benefit of adding another biological component in the mix. Studies have shown that increases in crop diversity can influence the microbial communities in the soil and the soil health equation,” Hann says. 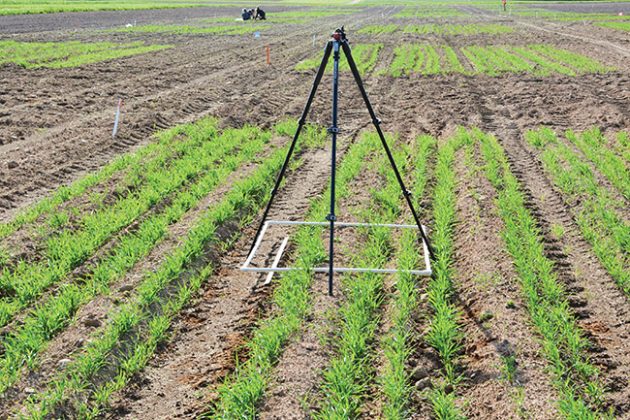 According to Hann, field pea, winter rye and spring barley were chosen for studies because of their ability to be seeded early, germinate quickly and establish reliably.

In addition to comparing the efficacy of the different nurse crops, the researchers also assessed different seeding methods and rates to see which had the most impact on yield. For field pea, for example, a high seeding rate achieved higher yields than a lower seeding rate, while for winter rye, the opposite was true.

Two different methods for stopping the nurse crop growth involving mechanical hilling with and without chemical desiccation were evaluated. Two desiccation products were also assessed in one of the studies.

The nurse crop research in Fredericton included a three-year study and a one-year project, which both concluded in 2017. Since then, Hann has been going over the results and analyzing the large number of soil and plant samples that were taken during the trials to better understand the mechanisms that enable nurse crops to benefit potato production and also provide some guidance for future research in this area. 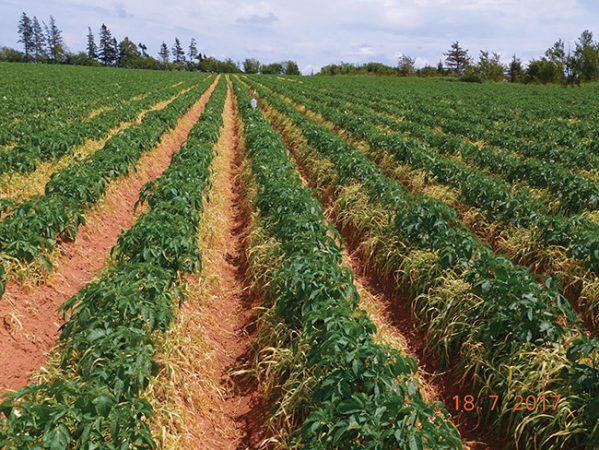 Nyiraneza believes that nurse crops could prove to be particularly useful for potato production in Eastern Canada.

“The key to good productive land is soil with high organic matter. Soil types in some parts of Eastern Canada can make it hard to keep that organic matter, and when you combine that with row crops that don’t leave behind a lot of plant residue and frequent soil tillage, you can quickly find yourself with depleted amounts of organic matter,” she says.

“Nurse crops can be part of the solution to the soil nutrient loss and drought conditions that have led to declining potato yields in Eastern Canada. When they are tilled into the soil, they act as green compost and help with water retention throughout the growing season. With better access to nutrients and water, we saw improved potato yields in some cases.”

“Nurse crops can be part of the solution to the soil nutrient loss and drought conditions that have led to declining potato yields in Eastern Canada. When they are tilled into the soil, they act as green compost and help with water retention throughout the growing season. With better access to nutrients and water, we saw improved potato yields in some cases.”

Hann agrees that nurse crops offer a number of important benefits that could contribute to the success of an integrated management system for building soil quality and health.

“We have to look at the whole system and how that system can be best managed. Nurse crops may be one component of that, but in the grand scheme of things, we need to have more of an integrated approach,” he says. 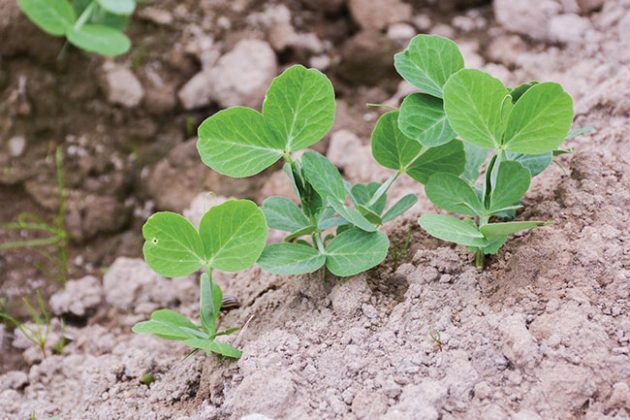 Hann notes that common questions during discussions with industry and project partners include what costs are associated with adding nurse crops into a potato rotation and what are the specific yield benefits.

Farmers, he says, want to know if increases in yield will cover the extra expenses that accompany the implementation of nurse crops in the potato rotation, such as nurse crop seed and products for desiccating the nurse crops. According to Hann, it’s a question that remains to be answered.

Farmers, he says, want to know if increases in yield will cover the extra expenses that accompany the implementation of nurse crops in the potato rotation, such as nurse crop seed and products for desiccating the nurse crops.

“I think this is something that we need to really dig into with the data that we’ve collected from our trials as well as from other studies,” Hann says. “It comes down to a budgeting – if I put this much in, how much am I going to get out? I haven’t run that economic analysis yet, but it would be really interesting to be able to do that and see the results.”

Nyiraneza points out that in addition to economic factors, there are other important considerations, such as time requirements and logistical issues associated with implementing a nurse crop system.

“It’s in the early stages,” she says. “To me, everything has to be well-studied and understood before this practice can be adopted on a large scale.”