News
Yukon Gold: The potato that keeps on going

Many potato growers – and potato lovers – will recognize Yukon Gold. The tasty and versatile yellow-fleshed potato bred by the late Garnet (Gary) Johnston, a well-known Canadian breeder, has had many accolades since it was registered in 1980. But is has recently received another to add to its resumé: it is one of the 2011 winners of the Seed of the Year awards. 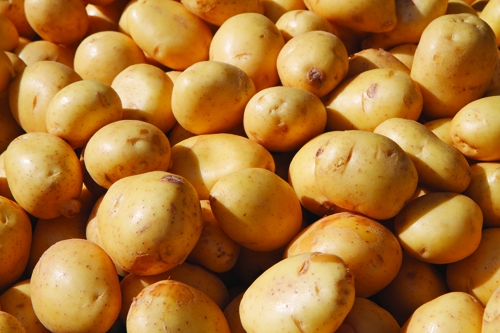 “Yukon Gold is a good choice for the award because year in, year out, all these years later since its release, it is still really popular. It’s grown all over the world. And for a long time it was the only variety marketed by name in Canada. There are others now, but it really set the standard and started a trend in marketing by name of potatoes,” says Vanessa Currie, potato research technician with the Potato Research Program at the University of Guelph.

Over the years, Yukon Gold has caught the attention of growers, consumers and chefs for its distinctive flavour, buttery colour, attractive shape and good growing performance. Magazine and news articles have extolled its virtues, such as its suitability for roasting, baking, mashing and boiling, and its “very light, clean, sweet taste” and “silky texture.”
Starting in 1953, Johnston led the federally funded potato-breeding program at the University of Guelph. He was involved in the development of 16 potato varieties, some of which are still grown today. He retired in 1980, but remained active in potato breeding for the rest of his life until he died in 2000.

Yukon Gold is one of Johnston’s most popular varieties. In a letter available on the University of Guelph’s website, he described its development.

In the mid-1900s, European immigrants to southern Ontario had asked for breeding and licensing of a yellow-fleshed potato variety, like the potatoes they had grown in Europe, rather than the white-fleshed potatoes common to North America. In the late 1950s, one of Johnston’s graduate students brought him some small, roughly shaped, yellow-fleshed tubers of a potato grown by indigenous communities in Peru. These tasty tubers sparked Johnston’s interest. He asked Roman Ross of the Wisconsin Potato Introduction Station about yellow Peruvian potato varieties, and Ross provided Johnston with several hybrids. One of those was W5289-4, a cross between a yellow Peruvian potato called Yema de huevo (which means “egg yolk”) and a white US variety called Katahdin.

W5289-4 had small, rough-shaped, yellow-fleshed tubers, so Johnston crossed it with Norgleam, an early maturing white potato from North Dakota with a good shape, larger size and attractive appearance. After many tries, the 66th cross in 1966 resulted in true seed, and the start of the breeding line called G6666. That was followed by years of trials and testing that eventually resulted in Yukon Gold.

Johnston named the variety after the Yukon River with its link to the Klondike Gold Rush.

The Seed of the Year awards started in 2005. They were created by the University of Guelph and SeCan to recognize publicly developed field crop, forage, fruit, vegetable or herb varieties and to honour public plant breeders. It is now a national competition with separate awards for Eastern and Western Canada.

Currie was lucky enough to be trained under Johnston from 1990 to 1992, when he was called out of retirement to fill in while the search was on for a new potato breeder for the University of Guelph program. She says, “That gave me the chance to learn from the great master, and it was a great experience.”