February 8th, 2017 has been coined Food Freedom Day by the Canadian Federation of Agriculture (CFA). This means that as of February 8th, Canadians will have earned enough income (on average) to pay their grocery bill for the entire year.

February 13, 2017  By Canadian Federation of Agriculture 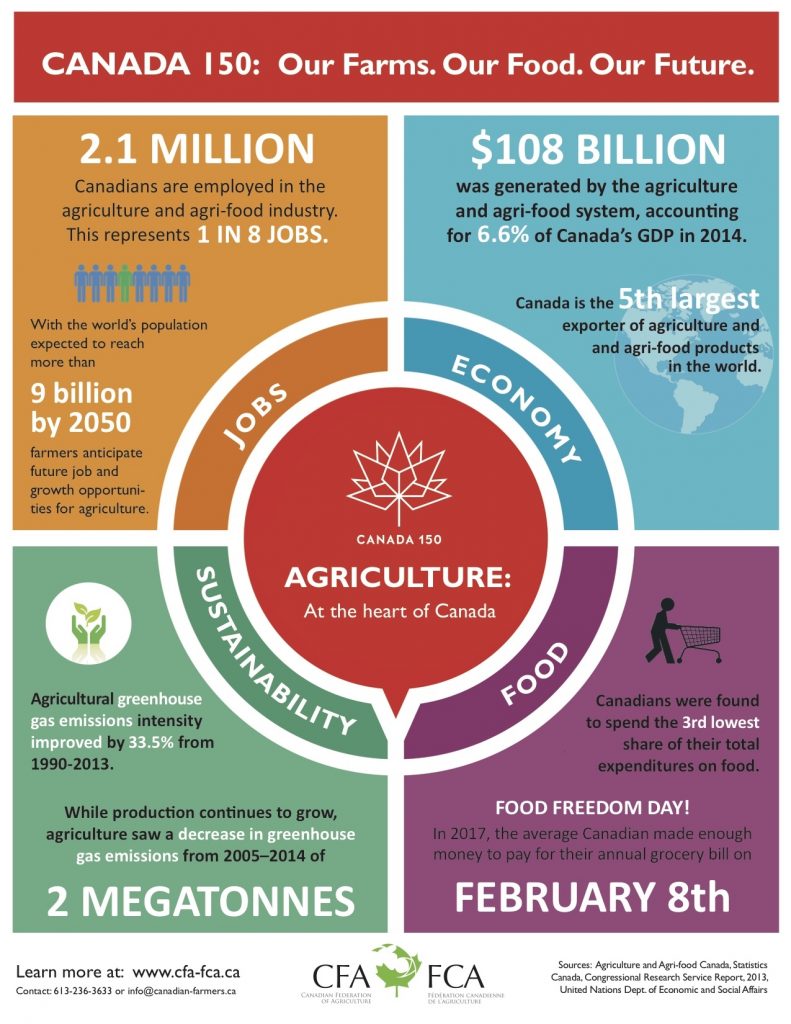 As an initial publication for this campaign February 8th

In 2016, Canadians are expected to have spent 10.7 per cent of their disposable income on food, compared to 11 per cent in 2015. To calculate the date, CFA compares food expenditures against average income and prorates this to represent calendar days. In 2017, it took an estimated 39 days of work to cover food costs, which lands on February 8th.

In marking Food Freedom Day 2017, CFA is kicking off a series of Canada 150 activities to highlight the many positive contributions that agriculture brings to Canada, including the point that Canadians enjoy some of the lowest food costs in the world. Canada consistently ranks in the world’s top five countries for lowest food costs.

CFA has several activities planned for its “Canada 150: Our Farms. Our Food. Our Future” campaign, and over the next few months will shine a spotlight on the value of our farms and agriculture industry.

Later this month, CFA hosts its 2017 Annual Meeting (Feb. 22-23) in Ottawa, at which members and industry observers can expect dialogue on future agriculture policy priorities and the sector’s growth potential.