Recent funding from the United Conservative Party is set to improve the current irrigation infrastructure of Alberta, primarily in the southern area of the province. Photo courtesy of the Potato Growers of Alberta.

One key reason potatoes in southern Alberta thrive is because of the region’s robust and expansive irrigation network. A total of 70 per cent of Canada’s irrigation infrastructure can be found in Alberta. Southern Alberta lays claim to about 80 per cent of the province’s irrigation network: about 566,000 hectares, all of which is inside the South Saskatchewan River Basin. Another 20 per cent, or 125,000 hectares, is found on private land.

Active since the late 1800s, the irrigation network of southern Alberta is one of the country’s major agricultural success stories.

In October 2020, the United Conservative Party announced a massive $815 million stimulus to southern Alberta’s irrigation districts through increased storage capacity, water use efficiency and water security, and offered the potential of bringing marginal land into production. It is also said to help create 8,000 permanent and temporary jobs as a result. At the announcement, the province’s Agriculture and Forestry Minister, Devin Dreeshen, spoke with enthusiasm about the news.

“This visionary investment in agriculture is made possible thanks to the partnership between Alberta’s government, the [Canadian Infrastructure Bank] and irrigation districts,” he said.

A recent project by Lethbridge College, dubbed Towards Climate-Robust Irrigation Water Management for Potato Production, continues on to further help southern Alberta farmers. The research is funded through the Canadian Agricultural Partnership.

A key focus of the project is to determine if precision irrigation will drive water use efficiency as well as potato yield. One key participant on the project is Willemijn Appels, the Mueller Applied Research Chair in irrigation science at Lethbridge College.

She believes the province’s long-term outlook to help potato farmers will be of critical importance.

“The overarching idea is that we won’t get more water,” Appels says. “If you want to take the risk of growing more potatoes, you have to be quite sure that you have enough water throughout the summer to irrigate the potatoes.”

With better water storage and management upstream, it will likely give farmers more options to better utilize variable rate irrigation (VRI), something Appels is currently studying with her team of current students and recent graduates.

With the VRI technology attached to a pivot, which can cost up to $100,000, a farmer can control every single sprinkler and determine how much water is going to come out of each one. The main issue, however, is how beneficial VRI could be in southern Alberta potato fields.

“It is really difficult to know: what is the benefit of variable rate irrigation?” Appels says. “We don’t completely know where that baseline is.”

As potatoes are very sensitive to water availability, Appels and her team are currently working with five area farmers to help better inform her research. She and her team study topography, relative soil moisture content and other variables.

Appels’ research wraps up in two-years’ time, by which point she hopes to be able to show potato farmers in southern Alberta her research in the form of a flow chart. The intention is to help farmers assess if VRI or site-specific irrigation management would benefit them given the topography, soil types and equipment of their fields. 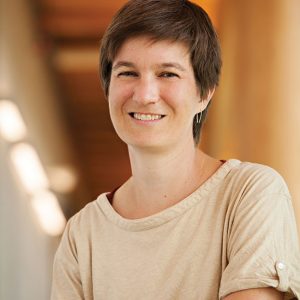 Willemijn Appels, the Mueller Applied Research Chair in irrigation science at Lethbridge College. Her team will determine the best use of water for potato irrigation for maximum efficiency and the true potential of variable rate irrigation. Photo courtesy of the Potato Growers of Alberta. 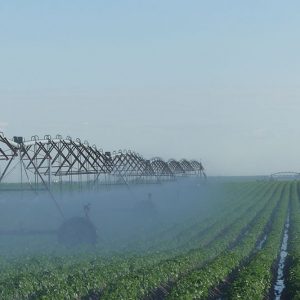 Irrigation in Alberta is set to receive a big long-term boost thanks to a recent $815 million stimulus from Alberta’s provincial government. Photo courtesy of the Potato Growers of Alberta. 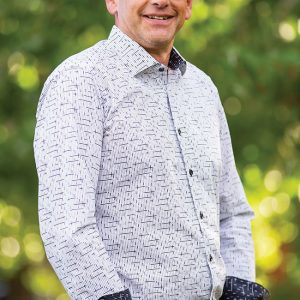 Terence Hochstein, executive director of the Alberta Potato Growers, believes that expansion of irrigated acres and general long-term improvements to the infrastructure will be a net benefit for potato farmers. Photo courtesy of the Potato Growers of Alberta.

“I would also like to be able to make a regional assessment that looks at where in southern Alberta would make the most sense to start investing in VRI or spatially-distributed water management.”

One key piece of the province’s latest funding announcement is the creation of more storage through reservoirs. With most snowpack melt occurring in the months of May and June, the warmest and driest months are July and August. To compound matters, Alberta’s watershed agreements means that half of the water that flows through southern Alberta’s irrigation districts must be sent east into Saskatchewan and Manitoba. It’s a good thing at the wrong time.

“The idea is that by holding onto it higher up in the watershed, that will improve the water security of farmers downstream,” she explains, adding that the additional conversion of open canals to pipelines will also be a large benefit for the region’s farmers.

Her assessment of water storage is in lock-step with how Terence Hochstein, executive director of Alberta Potato Growers, views the situation, as well.

“By improving efficiencies, we can utilize that water better and not contribute to the flooding out of downtown Winnipeg,” he says. “It is a problem we can’t control. It is coming whether you’re ready or not in the spring. It happens over a short period of time. If we are able to produce more off-stream storage, we can capture that and use it in July and August and still reach our share agreement.

“There is never going to be more water in the South Saskatchewan [River]. Depending on your position on climate change, there may be less.”

Hochstein says 145 potato farmers in Alberta look after approximately 60,000 acres of the crop, with many situated in the south, and the idea of expansion is ultimately a good thing.

“There’s never been, in 50 years, this much investment going forward in the irrigation sector,” he says. “It’s needed. The province needed it. There are some 40 specialty crops grown in southern Alberta. It’s good news for everybody. It’s not going to happen overnight. It’s going to take 10 [to] 15 years for all this to fall into place.”

According to Hochstein, this could ultimately help drive yields and give farmers a longer crop rotation for potatoes, which is currently once every three-to-five years in fields. With additional acres potentially coming into play, it could push that frame out to as many as one-in-seven and substantially expand farmers’ rotations.

“It’s been proven in the past that the longer your rotation, the higher your yield,” he says. “The longer the rotation, the better for land and grower. It gives opportunities to grow other crops, too.”