The shift in demand from restaurants to grocery stores is revealing itself in low storage holdings in fresh potatoes and above average holdings for processing potatoes. 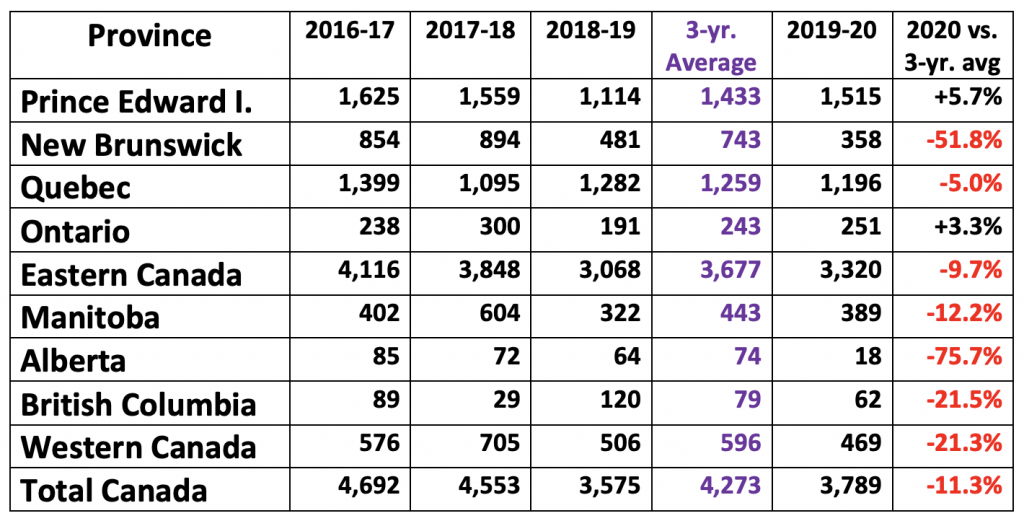 Canadian Fresh Potato Storage Holdings by province as of May 1, 2020. Source: UPGC.

The amount of potatoes in storage for Canada’s fresh potato sector is 11.3 per cent below the three-year average as of May 1, 2020, according to the United Potato Growers of Canada’s (UPGC) latest update.

UPGC attributes the lower volumes in storage to increased demand from consumers who are opting to cook potatoes with their meals as they stay at home. For the past seven weeks, as consumers stay at home in response to COVID-19, the potato industry is facing a shift of demand away from restaurants to grocery stores.