Features Business & Policy Research
Stepping up to the plate

Complexity abounds in the potato industry, from precise planting and caring for the crop, to managing storage to delivering the crop in a timely and safe manner to processors. Breeders work tirelessly to develop varieties with disease resistance or yield advantages, companies continually work to improve chemistry for pest control, and manufacturers tweak equipment to protect the crop through harvest, storage and transport. Despite all this concentration on helping growers, there are gaps in the system that could, if filled, make a big difference in the industry. 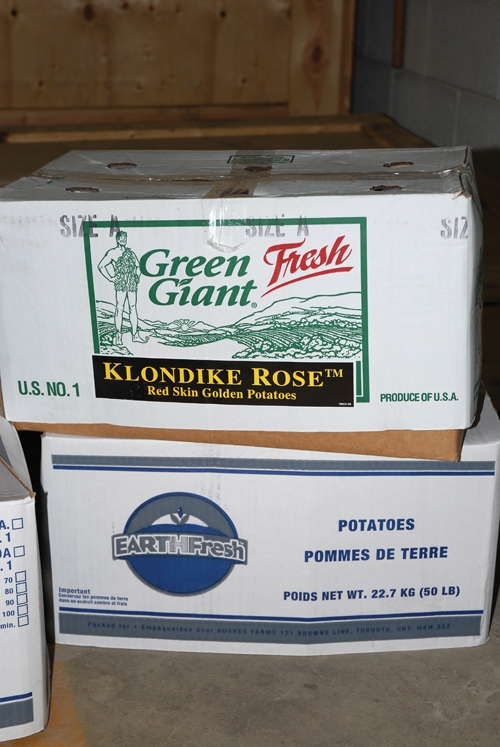 It is not as though there is not enough research being done, but, maybe, different research is what is needed. That is not to say that companies and research organizations do not recognize when there is a need, but it can take months to develop a research plan, get funding and additional staff, if needed, and see the project to completion. For growers who need solutions, waiting months, or maybe years, is not acceptable.

There is a general feeling that better consumer education is needed to keep potatoes on the plates of consumers and make them mindful that potatoes are a healthy food choice. Through no fault of theirs, growers have to fight the perception that potatoes are too high in carbohydrates and that french fries are greasy and unhealthy. “There is too much misinformation on talk shows given by people who have no scientific basis for their opinions,” states Dr. Robert Coffin, a private consultant from Prince Edward Island, and formerly with Cavendish Farms. “Potatoes are a high-quality food. They contain a wide array of nutrients: carbohydrates, protein, vitamins and minerals and no cholesterol. French fries are fried in vegetable oil with the finished product being approximately six percent oil by weight. Sometimes, we are given the incorrect information that french fries are high in fat, when, in fact, on average there is the same amount of oil in french fries as in salad dressing.”

Coffin says more needs to be done to educate the media in the subjects of biology and nutrition and before consumer education can be better accomplished. “Consumer education will help farmers,” he says.

Coffin cites the removal of genetically modified (GM) potatoes as a lost opportunity for growers to control insect pests and virus diseases, with reduced use of pesticides. He suggests, if GM potatoes are reintroduced, emphasis needs to be placed on their nutritional qualities.

One company that is trying to increase knowledge about potatoes is EarthFresh Foods. Based in Toronto, the company is attempting to build brand identification for potatoes and to educate consumers through store displays and product sampling. EarthFresh Foods has been providing produce to consumers through grocery stores for almost 50 years, so the company’s commitment to the industry is assured.

Recently, EarthFresh Foods trademarked the name “Klondike Rose” to describe a yellow-fleshed, red-skinned potato, and the company is selling it in bags through grocery stores under the “Green Giant” label. “We started seven years ago evaluating a couple of unique European varieties and then we built a marketing plan,” explains Tom Hughes, EarthFresh Foods president. “We put the potatoes in a Green Giant bag so there would be an element of trust. The actual name of the variety is Rosara, but by trademarking a name to describe the potato, we have the opportunity to change out the variety if another comes along that meets our criteria of taste, appearance and yield.”

The potatoes are grown on contract to allow EarthFresh Foods to control the supply, which puts more money in growers’ pockets.

Slow reaction by consumers
Hughes admits that marketing Klondike Rose has been a challenge because consumer acceptance is slow. “It has been difficult to get it into stores and the second challenge is proving that this potato is better than average,” he says. “We do a lot of trials, handing out free samples at stores and doing in-store demos.”

He adds that the challenge arises in markets where consumers are very loyal to one variety. He cites the example of Yukon Gold, born in Guelph, Ontario, where a great majority of Ontario consumers will only buy their homegrown spud. Hughes believes more funding needs to go towards helping various sectors in agriculture differentiate themselves from their competition south of the border. “The US industry is bigger than ours and they are more efficient and, as a result, they are getting ahead of the Canadian potato industry, which leaves our growers struggling,” he says. “Our company could use some government help to purchase badly needed capital, so that we can differentiate our products and market these products more effectively in the USA and, then, in turn, we could pay our growers more. Also, we could be more competitive if we had better export marketing programs and better and more efficient machinery at the grower level. We need to be in the US market because we produce more than we can consume, yet, very few growers are competitive enough to export south. Even $50 million would help the industry a great deal over the next several years.”

The ideas and commitments to support growers are many, but there is no central agency to sort through the ideas and see that progress is made on them. Currently, research is done by government or private industry in conjunction with grower organizations or private companies, such as EarthFresh Foods, undertaking their own initiatives. Some partnerships are formed but there is little being done to catalogue what projects are being undertaken, how they are being funded and what is still needed. It is possible that grower support is being doubled up, as similar projects or initiatives are being undertaken in both Western and Eastern Canada.

What may be needed, in the end, is the formation of a national agency to record the work that is being done and to distribute the results. Small initiatives have been undertaken to eliminate overlap and repetition of information, such as the National Potato Late Blight Working Group, but a grander national approach needs to be developed for the potato industry across the country. If a group or organization steps up to the plate to fund and arrange such a consortium, growers will likely get more of what they want, and need, with greater success to follow.