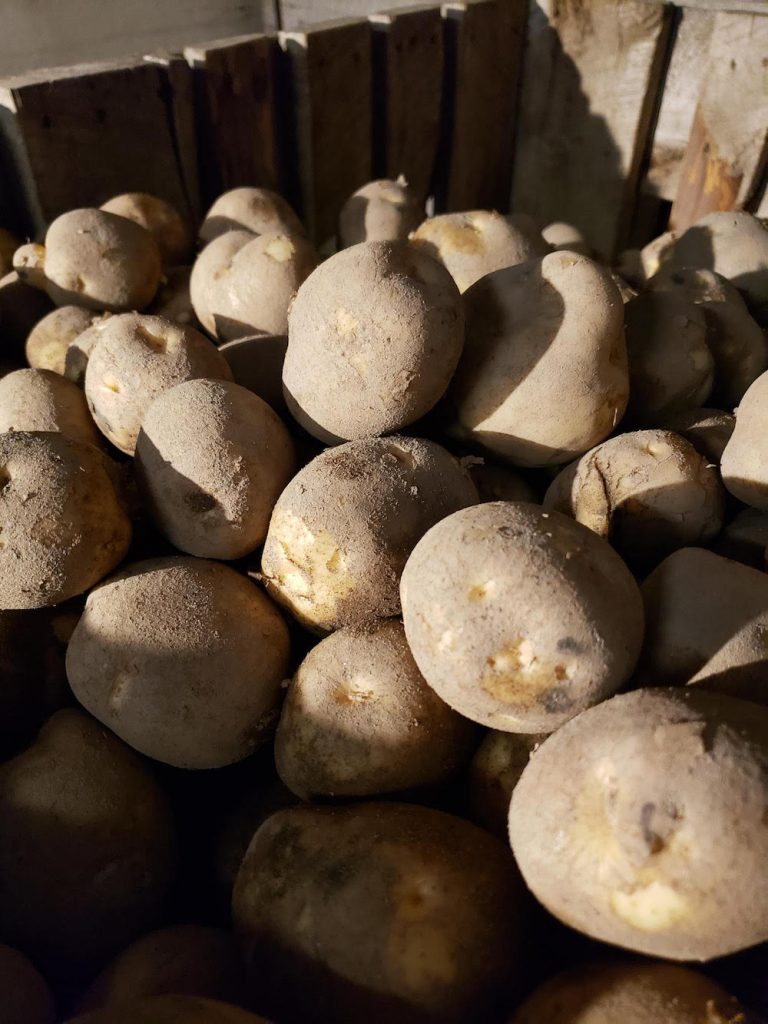 New potatoes, of the Superior variety, from Leamington, Ont. arrived at the Ontario Potato Distributing Inc. in Aliston on July 23. Photo courtesy of Eugenia Banks.

The potato crop in southwestern Ontario benefitted “enormously” from the one to 1.5 inches of rain the area received on July 17, according to potato specialist Eugenia Banks’ latest update.

Despite the rain received in southwestern Ontario, the areas of Alliston, Shelburne and eastern Ontario continue to be dry in comparison. Banks said some potatoes are showing signs of stress, such as leaf burn, in non-irrigated fields.

The first new potatoes from Leamington, Ont. arrived at the Alliston packaging plant on July 23, according to Ontario Potato Distributing Inc. Banks said the tubers “look healthy, even-sized and solid.”

In the Delhi area, grower Joe Lach shared that a few potato producers in the area have started topkilling the earliest varieties. The hot humid weather experienced in the region has slowed tuber sizing and irrigation has been common. “[But] we had over an inch of rain on [July 17], which took the pressure off irrigating,” Lach said.

Banks noted that there hasn’t been much early blight found in fields this season, indicating that there has been good disease control on behalf of producers.

However, pests such as the Colorado potato beetle (CPB) have been found in the earliest planted fields. Banks said in these early planted fields, the neonicotinoids applied at planting is breaking down. A grower near London, Ont. shared with Banks that they have seen good control of CPB with the insecticide Delegate. Insecticides Coragen and Exirel are also registered for CPB control.