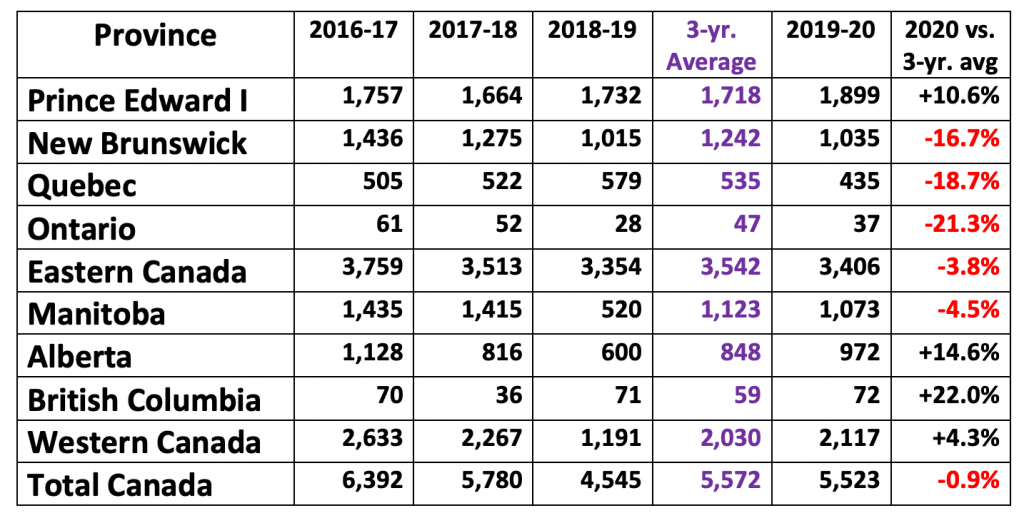 Canadian Seed Potato Storage Holdings by Province as of May 1, 2020. Source: UPGC.

Potato seed inventory across Canada is 0.9 per cent below the three-year average at 5.5 million hundredweight (cwt) as of May 1, 2020, according to the United Potato Growers of Canada’s (UPGC) latest update.

Manitoba which was dealt two poor harvests two years in a row has seed storage holding that are only 4.5 per cent below the three-year average – which is minimal compared to provinces like Ontario and Quebec.

UPGC states that some available seed may not get planted this year as seed growers in all provinces are dealing with less demand from growers who are facing reduced contracts because of COVID-19. The processing sector has faced significant reductions in volume as french fry manufacturers react to the effect of COVID-19 slowdowns.