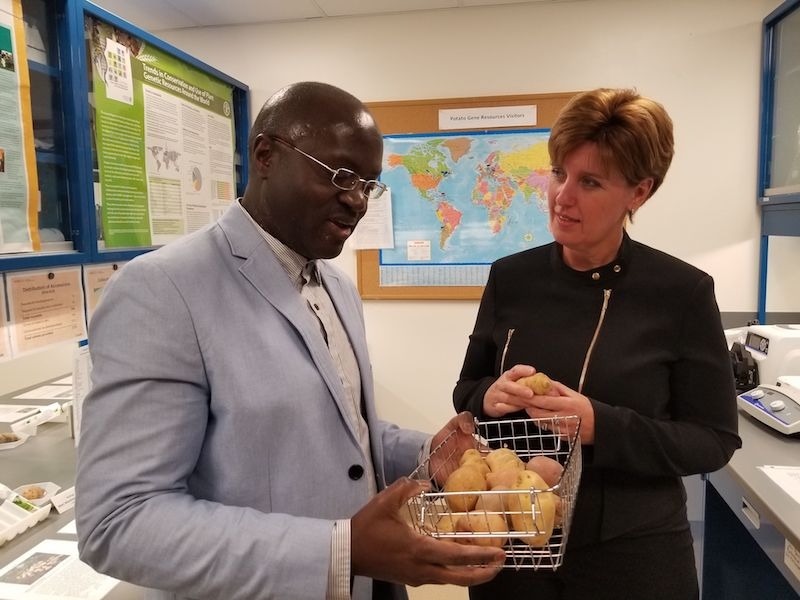 The visit included a stop at the centre’s Potato Gene Repository with Fredericton scientist, and head of potato breeding, Benoit Bizimungu.

The repository contains Canadian and international potato germplasm. A recent project involves using wild potatoes from Germany to develop Canadian potato varieties with resistance to some of the most problematic diseases.

Potato research is the Centre’s main focus with an emphasis on potato agroecosystem bioecology, potato germplasm enhancement and enhancing the environmental performance of potato production systems.

Minister Bibeau stepped into the role of federal agricultural minister on March 1, after moving from International Development.