Potato farmers planted 347,416 acres of potatoes in 2018, an increase of 0.5 per cent from 2017, according to Statistics Canada's update on potato production. 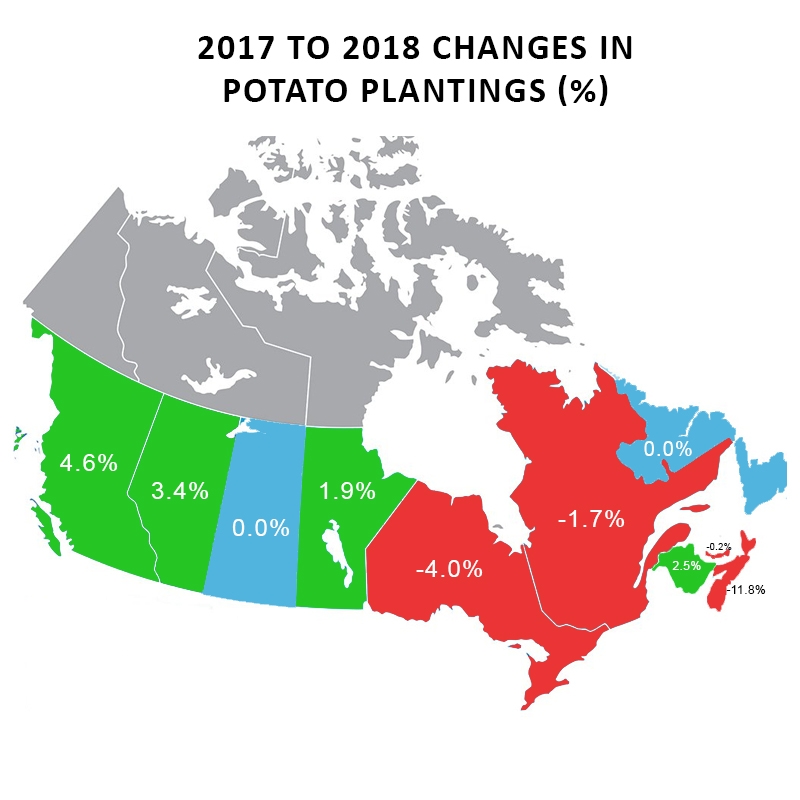 Provincial Breakdown:
Acreage has increased in New Brunswick by 1,300 acres to fill increased processing demand, according to a summary by Potato Growers of Canada. Ontario had the largest decrease, down 1,400 acres, a result of fresh and chip producers exiting. Nova Scotia planted 200 less acres, which represents a 11.8 per cent decrease for the province. The largest increase was seen in Alberta, up by 1,840 acres or 3.4 per cent, because of processing expansion happening in the province. 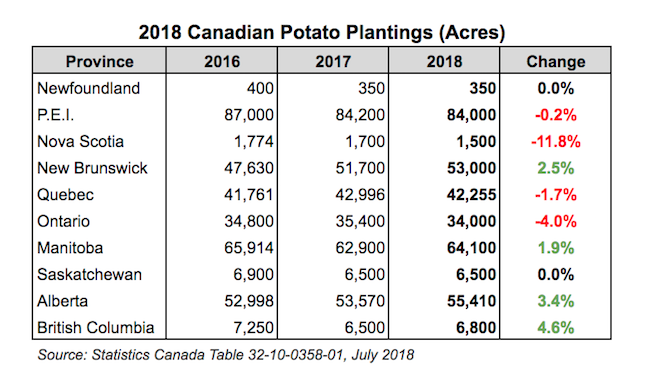